I love magic. Let’s just establish this from the start. I love seeing something amazing and feeling that tremendous sense of wonder that comes with it, when your rational brain can’t really “sync” with the information it’s getting from your senses. You know you’ve seen something truly unbelievable, and yet, you did just see it, so it had to be real. Right?

In much the same way that a good story can transport you from the drudgery of your everyday world, experiencing good magic can inspire you to believe the impossible. I love that feeling. In fact, not long after watching Burt Wonderstone, I got an unexpected flash of inspiration for a new writing project, which is definitely a rarity for me. Not that this movie is some epic, awe-inspiring piece of cinema, because it’s not. But even finding a flash of inspiration from something like this says to me that magic on its own is Important. In fact, it was once the most revered type of performing art of all–held in a higher regard than music, theater, dance, any of it. I’d like to think that’s because of magic’s power to do more than entertain; in some ways, magic can actually affect how you perceive things, and what you truly believe.

Given my feelings about magic, you might imagine that I approached The Incredible Burt Wonderstone with some degree of trepidation. I also have this weird thing where if an actor’s portrayal of a particular character has left a somewhat uncomfortable impression on me, I have a really hard time appreciating them in another role. Steve Carell’s role as Michael Scott in The Office was such a weird, constantly unsettling character for me that I really didn’t like the actor all that much. His work as Gru in Despicable Me has helped me get over that a little, but still, the trailers for Burt Wonderstone didn’t leave me feeling particularly hopeful. I mean, garish ’80s costumes, gold chains, and bleached blond mullets? It’s bad enough that the public at large has so many misconceptions about magic (I particularly enjoy mentalism, myself, so that tells you where my tastes run); when you have over-the-top comedic actors like Carell and Jim Carrey, dropped into an over-the-top setting like Las Vegas, exploring a subject people don’t seem to really understand the same way I do…well, let’s just say it could have been a recipe for disaster. But, since my “other job” (as if I only have two) is running an entertainment company that specializes in re-introducing magic to today’s audiences, suffice to say that going to see this movie was somewhat of a professional imperative. So I crossed my fingers and went.

I’m really glad I did.

As the movie starts out, we’re given just a little tease of Burt’s family life as a kid–nothing too melodramatic, since it’s not like he’s a superhero or something. But as soon as possible, we get to sit down in the living room with young Burt and see a person’s first introduction to magic. Again, nothing too overblown, but the expression on that boy’s face showed so well that sense of wonder that (hopefully) we’ve all experienced. We see his excitement and enthusiasm as he starts to learn the craft, and starts to share it with his friend Anton.

Quickly enough, we’re in Vegas and it’s the Burt and Anton show all the way, and here’s where we do get the big, over-the-top comedy we expected. So there are lots of crazy scenes of bad Vegas acts and professional sparring between the “old school” types and the “street magician” (wonder what Criss Angel thinks about this movie?), along with plenty of shots of the random excesses of Vegas. But thankfully it’s not all caricature, as it easily could have been. It’s Burt’s interactions with his magical mentor, played superbly by Alan Arkin, that keep this movie from devolving into all schlep and corny jokes. Arkin, as magician Rance Holloway, gives the story its much-needed heart and helps Wonderstone get himself back on track both as a performer and as a person, though of course not in a terribly serious way. 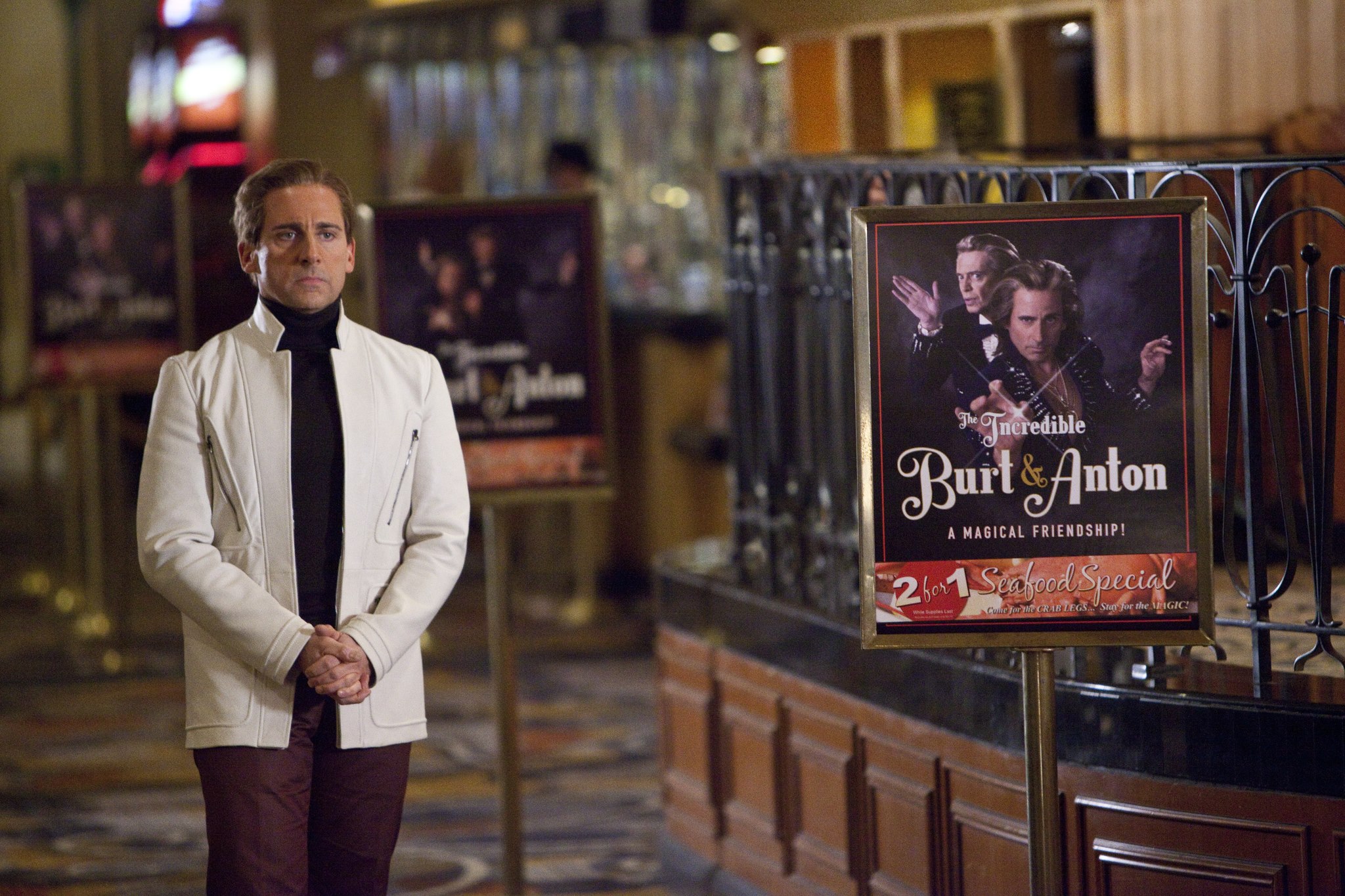 All in all, Burt Wonderstone is a pretty good movie, one that is genuinely funny without being what I would consider completely disrespectful toward magic as a whole. Sure, it makes fun of plenty of magicians (and some of them deserve it), but you can easily leave this movie still enjoying good quality magic as the art form it is. I was more than a little afraid that this movie was going to treat magic as little more than a source for laughs, and magicians as nothing more than geeky kids who just wanted people to like them. But there was just enough in the story to remind people about that feeling of wonder that probably attracted them to magic in the first place. Some very nice, very human moments, a few jokes that only magicians would truly appreciate, and a well-placed cameo certainly helped as well.

And not to read too much into this, but I like that a major studio has produced a big-budget comedy about magic! That says to me that perhaps magic isn’t a completely dead art form, and might even be on its way to a well-deserved comeback. It’s my small hope that a fun, fresh movie like Burt Wonderstone will remind people that it is still okay to believe in magic, to want to be mystified by something–and that it’s still okay to want to be a magician, even if you’re a woman! (Can Olivia Wilde get her own movie as a sequel, please?)

So go check out Burt Wonderstone–and maybe keep an extra eye out for a magic show near you. You may be pleasantly surprised by both.