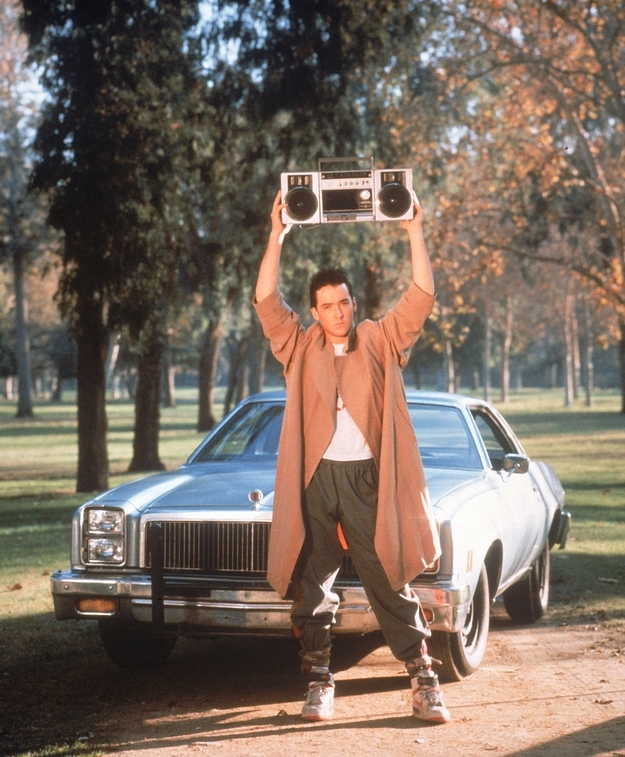 I was revisiting an old blog today when I found a post from a few years back about John Cusack, and I thought I would repost. Enjoy!

I was actually on Black20.com defending Cusack against some folks who had the audacity to suggest that Bill Murray–of all people–was the best actor of our time.  Sheesh!  Just remember Midnight in the Garden of Good and Evil, Grosse Point Blank, High Fidelity, and Being John Malkovich, and you’ll understand why I love John Cusack so much.  He was even in Stand By Me and Sixteen Candles.  He was amazing in 1408 (go see it if you want a fantastic scare!), and as I type this I am looking at my DVD of Identity from Netflix, which I will probably watch tonight.  This guy has been in so many movies, and he refuses to wedge himself into any particular character type.  He is simply wonderful to watch in anything he does.  Hell, I might even like him more than Tom Hanks.  Maybe.

But the thing that has me blogging today was the list of best 80’s movies that my online pal Helena sent around in a bulletin today.  There were a bunch of my favorites on the list already, but one conspicuously missing was Say Anything.  This was the movie that kicked off my lifelong appreciation for John Cusack, though it helped that the tune he was blasting at Diane’s bedroom window was “In Your Eyes” by Peter Gabriel.  I remember identifying so much with the characters and their emotions.  Yes, it was totally angsty, but I was a teenager in the 80’s so what do you expect?

Then it was off to IMDB.com to reminisce over all the little details they had about this movie.  Lots of great quotes by writer Cameron Crowe.  It didn’t surprise me to discover that this is the same guy who wrote Jerry McGuire.  (Remember “You had me at ‘hello’ “?  That guy.)  So now I’m taking a little time-out time warp at the beginning of an incoming thunderstorm, to remember some of the great lines from Say Anything:

Lloyd: One question: do you need… someone, or do you need me?… Forget it, I don’t really care.

Diane: Why are you shaking?
Lloyd: I don’t know. I think I’m happy.

Diane: I have this theory of convergence, that good things always happen with bad things. I know you have to deal with them at the same time, but I just don’t know why they have to happen at the same time. I just wish I could work out some schedule.

Diane: I love you. How many more times do I have to say it?
Lloyd: One more would be nice.

Diane: Nobody thinks it will work, do they?
Lloyd: No. You just described every great success story.

*sigh*  I’m going to have to watch this movie again sometime soon….